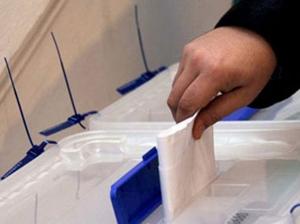 The number of voters with expired ID cards in Azerbaijan accounts for 30,000, deputy chief of the Interior Ministry’s press service Ehsan Zahidov told APA while commenting on the claims of Ismayil Yusifov nominated for presidency.

Zahidov noted that Yusifov’s views about the serious problems regarding voters’ ID cards are groundless: “His claim that “ID cards of 2 million and a half of voters expired” is nothing but biased fiction: ”Terms of some citizens ID cards that have the right to vote have expired for some reasons. However, their number is not 2 million and a half, but totally about 30 000 in the country. The majority of them are working abroad. Their ID cards will be renewed as they return to the country.”

Zahidov also noted that under the instruction and strict control of the Ministry of Internal Affairs, mobile brigades of passport services of all regions, as well as mobile buses of “ASAN” Service are visiting remote mountainous villages and renewing expired ID cards of the people on the spot. These activities are currently going on.

Yusifov has left aside from the election process as he failed to submit signature sheets to the CEC timely.